Dogs can be a mischievous bunch. And they love to eat. This combination can lead to serious health implications of food poisoning for dogs that adore digging in the trash and beg their owners incessantly for goodies. But it's not just these antics that pet owners need to be aware of. There have been lawsuits filed against dog food manufacturers for selling dog food that has poisoned man's best friend. Here's what you need to know about food poisoning if you own a dog.

Know the symptoms of food poisoning in dogs

It's important to know the symptoms that your dog has been poisoned. Of course, vomiting and/or diarrhea are the most obvious symptoms. Other symptoms include bloody stools, lethargy, respiratory arrest, rigid limbs, and seizures. Your dog may paddle its legs uncontrollably and lose bowel and bladder control. It may move its jaws abnormally, drool, have nosebleeds, and become weak. It may have difficulty breathing and have a fever. Your dog may become dehydrated and anorexic if it is not treated promptly.

These symptoms do not all have to be occurring, and they don't necessarily happen immediately after your dog has consumed something it should not have or has eaten bad dog food. Just as with humans, it can take minutes or hours for the body to be affected by food poisoning.

When it comes to the seriousness of food poisoning, it's important that every dog owner knows what to do beforehand. That way, they can act as quickly as possible. While your number one priority will be to get your dog to an emergency pet clinic for immediate attention, it's important to do a bit of investigating first so you'll be able to tell the vet what your dog had eaten, if possible. Here are two things you'll need to determine:

Transporting your dog to the emergency pet clinic may be challenging if your pet is currently experiencing symptoms, particularly if it is having seizures. It's a good idea to have someone drive so you can sit in the backseat with your dog so any sudden movements or vomiting won't disrupt the driver. Do not wrap your dog up in a blanket because it may get overheated, especially if it has developed a fever.

While en route to the clinic, call the veterinarian to make them aware that you will be arriving with your dog shortly. This will give them a chance to gather the necessary supplies they'll need to treat your dog, which can include treatments to induce vomiting and/or to delay the absorption of the poison. 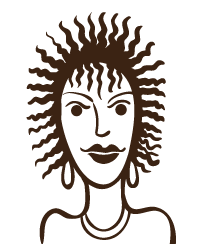 Animals not only need love and attention, they need the proper vet care. Unfortunately, not every pet owner understands that pets need to go to the vet for well-visits just like kids do. Each year, your pet should be seen by a vet and given a thorough examination. When was the last time that you took your pet to the vet? My blog will provide you with several examples of things that the vet could catch early if you take your pet in for a yearly exam. Hopefully, once you understand what the vet can prevent, you will become more dedicated to routine visits.